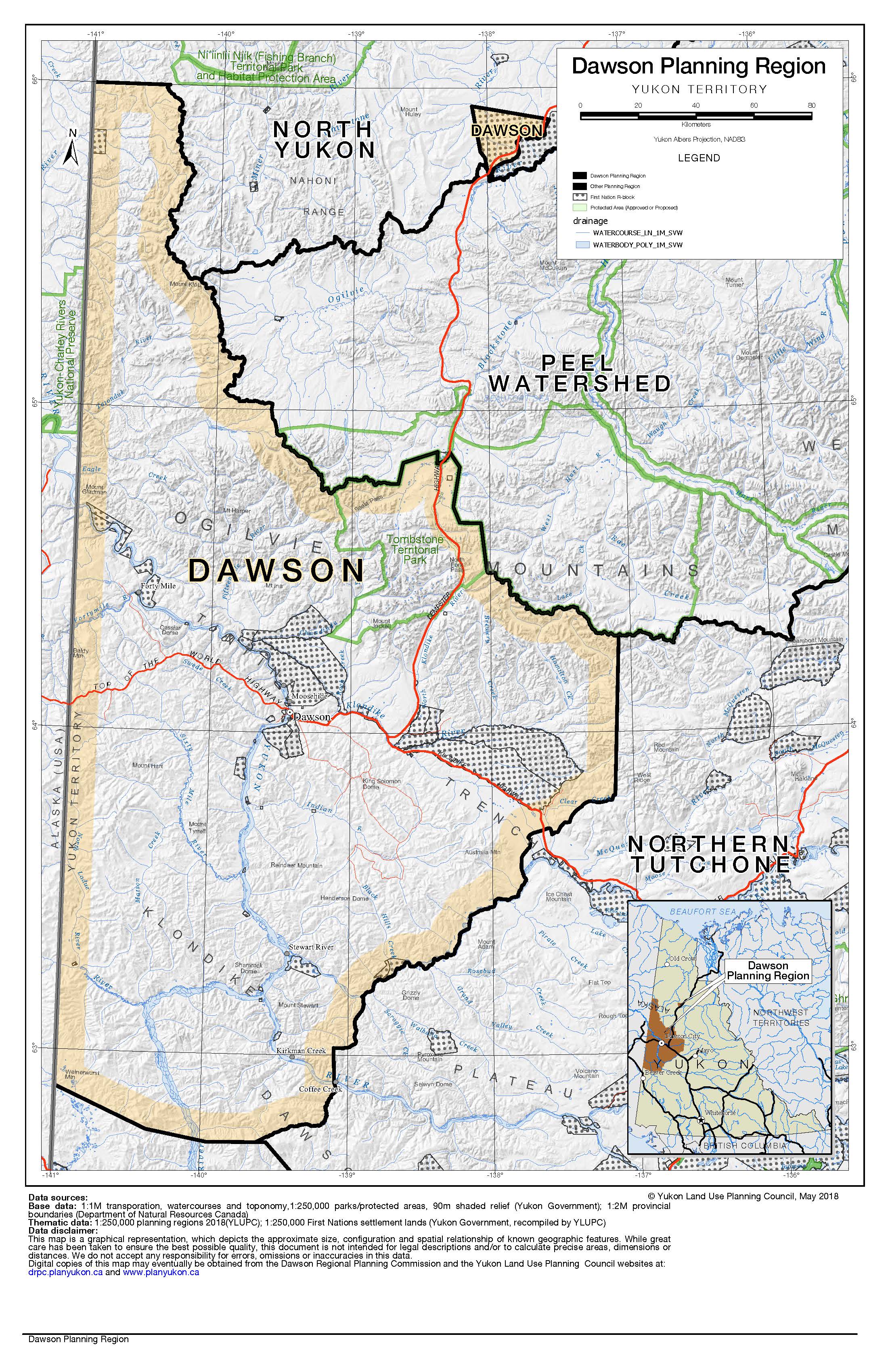 The Dawson planning region now covers 39 854 km2 (approximately 8% of the Yukon), down from 45 240 km2 when the Commission was active from 2010-2014. The upper Miner and Whitestone watersheds were removed from the previous region to be planned in a separate process. This removed area is often referred to as the "North Yukon Annex".

The   pdf Resource Assessment Report (6.20 MB) is a detailed report covering the regional resources and the current land uses of the region. It was published in 2013 and updated in 2020. The report's resource maps give visual representation of the area's known resources. 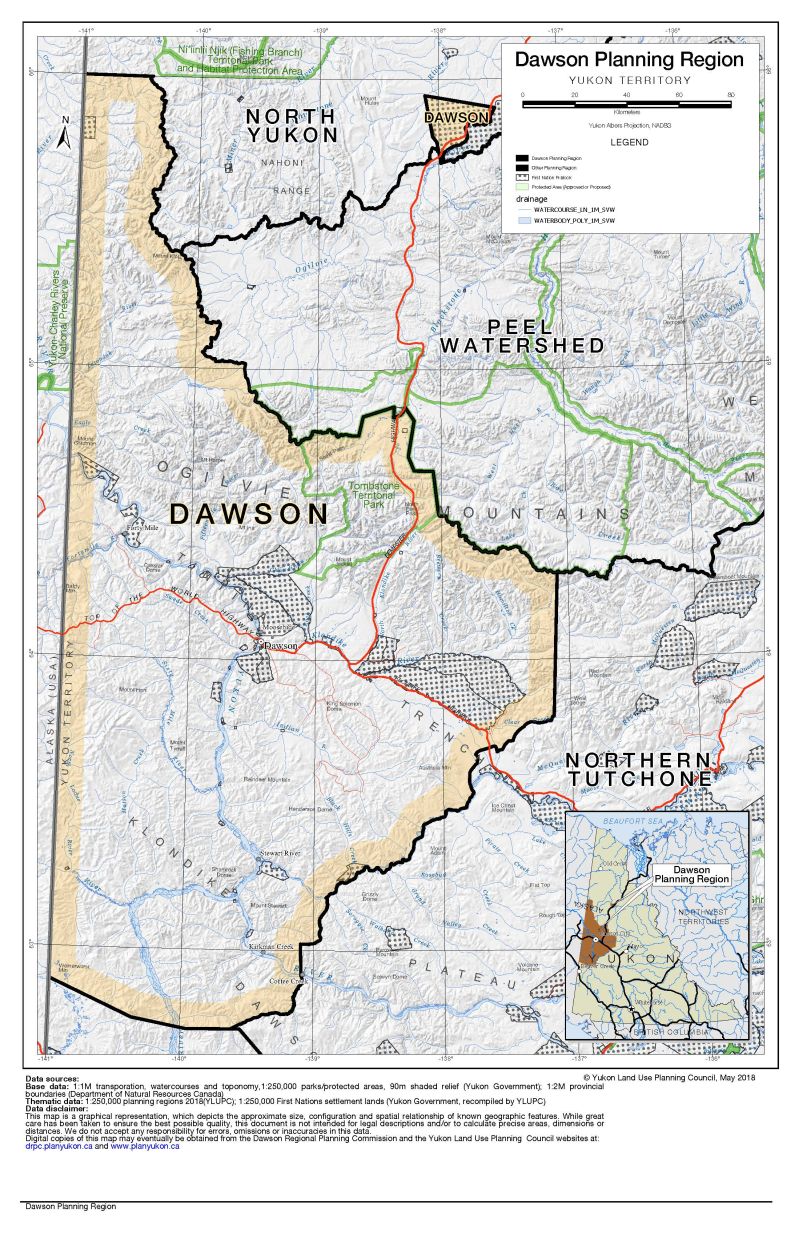